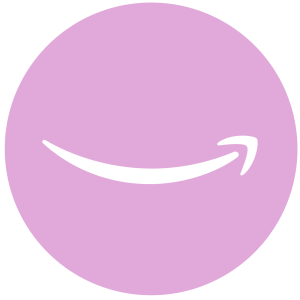 My daughter Morgan, and a few of her artistic colleagues, fed up with modern dating (think Hinge and Tinder), wondered if they could design a fake site where single men and women could be ordered as easily as ordering college textbooks, shoes, or humidifier filters. What if singles came starred and reviewed? What if all parties involved had to sign a “Non-Ghosting Agreement?” Their creation? “Amazon Dating!” The fake site has been commented on by a bunch of other sites, all who get the joke except for one who thinks Amazon’s playing a joke on their customers. (C’mon Betches, really?!)

Commenting in the article “Just In Time For Valentine’s Day, “Amazon Dating Is Selling Hot Singles Near You (Kind Of), GQ Australia, said,

If you’re currently in a relationship, you will be well aware of the fact that Valentine’s Day is fast approaching. Even if stores weren’t blasting Michael Buble and dropping confetti from heart-shaped balloons from the ceiling, it would be impossible to ignore your partner’s nudges that the romantic holiday is near and you better have that dinner reservation booked and a present purchased.

Singletons however, will likely be avoiding the holiday in its entirety. “It’s just romance at gunpoint,” those single colleagues will declare in the office, probably via email as they take the day off work in an effort to avoid anyone brandishing a bouquet of flowers and smug smile that they can only hope changes to one of disfiguration brought on by severe allergies induced by cheap chocolate and 7-Eleven purchased flowers.

Well, a parody site called Amazon Dating offered one solution: singles you can order with free one-hour delivery through your Prime Membership.

The website is an hilarious take on Amazon’s official website. Given that you can practically buy anything on Amazon these days – portable fans, sneakers, shampoo, cat food – it’s not so far-fetched to think that sometime in the future, we might just be able to order a date off the retail giant. In this instance however, instead of delivering packages, the site “delivers” dates. Visitors can “choose” from over 40 singles at varying prices and ratings, even with the option of selecting their ideal date’s height and love language.

Created by Ani Copian, Suzy Shinn, Morgan Gruer, and animation studio Thinko, the website features a number of Internet punchlines and even links to Chat Roulette as “Prime Video” and Britney Spears’s “Toxic” as “Your Last Relationship.”

While Amazon Dating’s FAQ page answers several questions and also goes on to outline that yes, the site is indeed a joke, it’s hard not to imagine that sometime in the future, Amazon just might enter the dating landscape with its own app, given that they seem intent on dominating every other sector. And if that was the case, we can only fear what our price tag would be. Heck, it would probably read: REDUCED TO CLEAR.

Valentine’s Day is rapidly approaching, and you might be spending your days swiping or “liking” in order to muster up some kind of date for the occasion. (Or at least a hookup to fill the void of human connection for a few hours, even if that void grows bigger afterwards…just me?)We live in a time where broader tech companies are getting into the dating game, so why shouldn’t Amazon add another tentacle to its octopus business model and have a dating site, too? Facebook shouldn’t be allowed to have all the matchmaking fun.Enter the founders of Amazon Dating. Don’t worry — it’s clearly a parody. “We’re such huge fans of Amazon… and dating,” founders Ani Acopian and Suzy Shinn told Mashable over email. “So we thought, why not combine the two.”Even so, the site gives off hella dystopian vibes, assigning Black Mirror-esque star ratings for everyone. Prices start from a reasonable $9.99! And in true Amazon fashion, these potential suitors are available on Prime. But act quick — some will be off the market soon:In addition to these “profiles,” Amazon Dating has some fun Easter Eggs as well, like linking to Chat Roulette as “Prime Video” and Britney Spears’s “Toxic” as “Your Last Relationship.” The site’s FAQ clearly explains it is a joke, and I’d venture to say a good one at that.When asked if they had heard from Amazon, the founders joked that they are scheduling a call with billionaire Jeff Bezos.

For those wondering, the site is not going anywhere. Acopian and Shinn said they have received thousands of applications and are in the process of reviewing them. “We will be updating the site with new profiles on a user by user basis,” they commented.

Amazon Dating can’t actually get you a Valentine’s date, but hey — Tinder may not be able to, either.

And check out the air time on Good Morning Maryland!